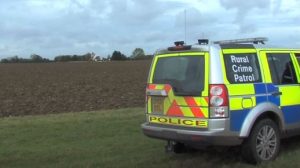 Two men have been served a summons to appear at court in connection with hunting offences and an assault following an incident on Boxing Day.

On Tuesday 26 December 2017 at around 2pm, police were called to reports of an incident between a hunt group and hunt monitors in Trundley Wood, off Bury Road near Great Thurlow.

Police attended and launched an investigation into an alleged hunting offence under the Hunting Act 2004, and an allegation of assault.

Both men are due to appear before Ipswich Magistrates Court on 9 July 2018.