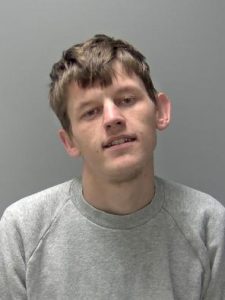 A 24-year-old man has been jailed after a man was stabbed in Bury St Edmunds in October last year.

Harlie Farlie, of no fixed address, appeared before Ipswich Crown Court today, Thursday 30 January, where he was given an eight year prison sentence with an extended licence period of four years due to him being deemed as a dangerous offender.

He also received nine months for a separate offence of assault causing actual bodily harm (ABH), which will run concurrently with the eight year sentence.

Farlie previously pleaded guilty to a charge of wounding with intent to cause grievous bodily harm at the same court on 12 December 2019.

Officers were called shortly after 11.35pm on Friday 25 October 2019, following reports that a man had been stabbed during an altercation with a group of four or five males in the car park outside The Moreton Hall pub in Lawson Place.

The victim â who is aged in his 20s â was taken by ambulance to hospital after sustaining life-threatening injuries. He was later discharged.

Following an investigation, Farlie was arrested on Wednesday 6 November in Haverhill and was taken to Bury St Edmunds Police Investigation Centre where he was questioned and remanded for Ipswich Magistratesâ Court the following day.

“To see Farlie given a jail sentence is extremely satisfying as knife crime and violence will not be tolerated. His conviction demonstrates how seriously the police and the courts take this type of crime.

“We have a number of measures in place to tackle knife crime and are determined to prevent offences by removing knives and offensive weapons from the streets.

“Additionally, we would like to thank members of the community for assisting police with their enquiries as we know this incident will have caused some distress. 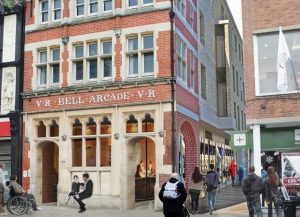 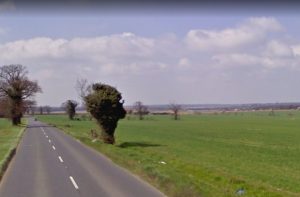