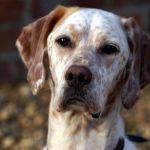 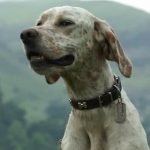 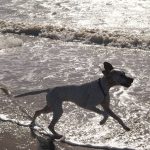 The search for a missing English Pointer-Setter dog, named Mila, continues as sighting have been reported near Bury St Edmunds. The beloved family dog from Burston went missing on September 14 and prompting her owners, Karen and Stephen Hill, launched the search

The Hills adopted Mila from Spain, after the dog had experienced a turbulent past. Three years later, Mila has become a part of the family, mischievous but very affectionate despite her early experiences. However, Mila went missing on September 14 after she pulled the front door lever down and managed to open the door. Mr Hill said: âShe is a big and bouncy dog, who loves everybody and has soft fur. âShe is a bit of an escape artist â we had to make sure the front door was locked and bolted so she couldnât get out. âOn the day she went missing, I went to accept a delivery of timber to the house and the driver said he thought our dog had just escaped.â On Friday, October 20, the couple received calls that Mila had been spotted in Elmswell â with eight further sighting made that day. Mr Hill later used drones, posters and a tracker dog, who picked up Milaâs scent, but Mila has yet to be found.

Mr Hill said: âAlthough Mila hasnât been found yet, we want to thank everyone who has helped look for her.â If you have any information on Mila or want to help the search, go to the Facebook page Help Find Mila Missing East Anglia IP22, or call Karen and Stephen Hill on 07882102204.