A 52-year-old man from Haverhill has been given a 16-week custodial sentence, suspended for two years, after he pleaded guilty to three charges including driving while above the prescribed alcohol limit.

Mariusz Kawinski from Montfort Court in Haverhill, was also disqualified from driving for 36 months and ordered to carry out 120 hours of unpaid work within the next 12 months when he appeared before Ipswich Magistrates’ Court on Wednesday 9 September.

He also pleaded guilty to using a motor vehicle with the cords exposed in the tyre and for driving a motor vehicle when the windscreen was not maintained to allow for unobscured vision. Kawinski was given a £300 fine for each of these offences as well as being ordered to pay a £128 victim surcharge and £105 to the Crown Prosecution Service.

Kawinski was stopped by officers at the Macebearer public house on Home Farm Lane, Bury Saint Edmunds on 8 September 2020 following a call from a member of the public who was concerned about the manner of his driving. He was arrested and taken to Bury St Edmunds Police Investigation Centre.

He was found to be more than four times above the legal limit and subsequently charged.

Speaking after the sentencing, Inspector Gary Miller from the Joint Road and Armed Policing Team said: “There is no excuse for Mariusz Kawinski’s decision to drive while in no fit condition and he is very lucky it did not have more serious or even fatal consequences, either for himself or other road users.

“To drive while in that state, and in a vehicle that was not fit for the road, is totally unacceptable.”

“I am very grateful to the member of the public that reported their concerns to us. Thanks to their call and the swift response of my officers, Kawinski will not be allowed on our roads for an extended period and will have time to think about the consequences of his actions.

“Remember the main causes of serious injuries and death on the road, involve one of the fatal four – drink-driving, excessive speed, not wearing a seat belt, using a mobile phone.” 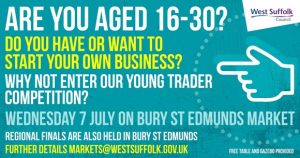