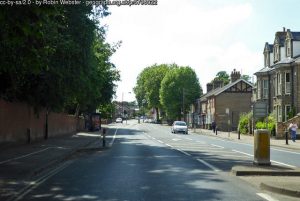 Police are appealing for witnesses after a man was struck by a vehicle and assaulted in Bury St Edmunds.

Officers were called at around 3.10am yesterday morning, Sunday 14 June, to the incident which occurred in the vicinity of Risbygate Street and Springfield Road.

A 29-year-old man reported that a green Skoda mounted the kerb and struck him, before one of the occupants got out of the vehicle and assaulted him. Another man and a woman â also aged in their 20s â were also assaulted during the incident.

This was preceded by another member of their group â a 30-year-old man â being assaulted in Parkway at around 3am. No one sustained any serious injuries, but the man who was struck by the car received treatment for a cut to the head.

Detectives believe that these incidents are linked to an earlier verbal dispute which took place in Flex nightclub in St Andrews Street South and that at least one of the people in each group were known to each other.

Anyone who witnessed the incidents occurring in either Parkway, Risbygate Street or Springfield Road, between 3am and 3.10am yesterday morning, is asked to contact West CID at Bury St Edmunds Police Station, quoting reference 41126/19.