The award nominations are now open for the Raising the Bar Awards 2018 to find the pupils and students, and people, places and projects that are Raising the Bar in education for Suffolkâs children and young people. 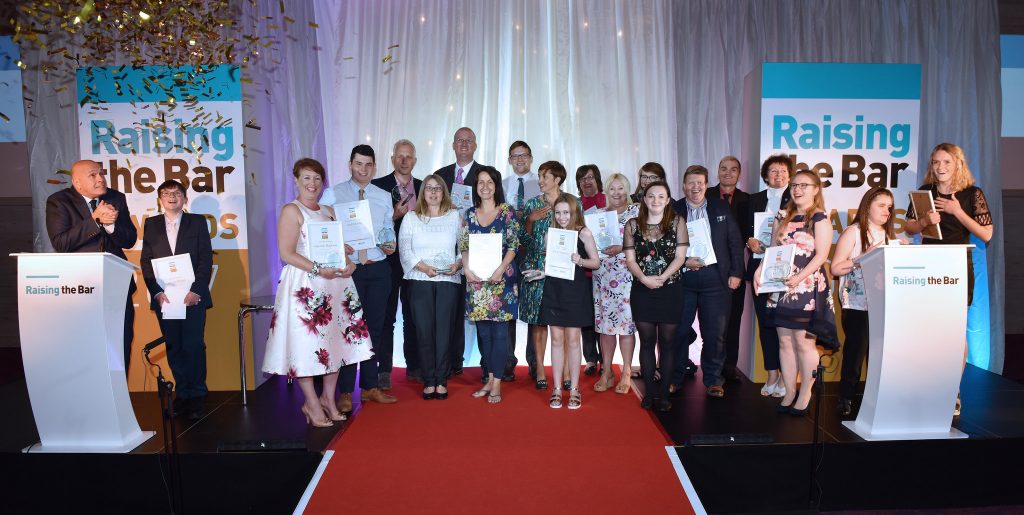 The competition to find a co-presenter has also been launched. For the third year running Suffolk County Council is looking for two young people to co-present the Raising the Bar Awards ceremony, alongside former BBC presenter and broadcaster Terry Baxter. Terry, an experienced event host, will mentor the pair to prepare them for the awards ceremony at Trinity Park in Ipswich on Tuesday 10 July 2018.

Terry Baxter, Raising the Bar Awards host and Chief Executive of Inspire Suffolk, said: âWe have so many talented young people in the county, and this is a fantastic opportunity for them. Iâm looking forward to the auditions and working with the winners to showcase just some of the inspiring stories from Suffolk education at the Raising the Bar awards ceremony.â

To enter the competition, aspiring co-presenters must be aged 14-18 and need to submit a one-minute video audition answering the question âWhy should you co-present the Raising the Bar Awards 2018?â Competition details, and video tips can be found at: www.rtbawards.com. The deadline for co-presenter video auditions is Friday 30 March 2018.

West Suffolk College is also backing the presenter search, and will be hosting the auditions for shortlisted co-presenters at its studio in Bury St Edmunds.

Nominations are open across 14 Raising the Bar award categories, including awards for children and young people, teachers, staff and volunteers, as well as schools, settings and projects.

Cllr Gordon Jones, Cabinet Member for Education, Skills and Childrenâs Services, said: âWith results in Suffolk improving faster than those nationally, there is much to celebrate in education in the county.

âThe Raising the Bar Awards are an important way of recognising excellence and success in all parts of the county, and to use these examples to inspire others.

âThey are a chance to say well done to pupils who have really worked hard, overcome barriers or inspired others. It also gives staff and parents the opportunity to say thank you to those working in early years, primary, secondary, post-16 and SEND education who are going the extra mile and who deserve recognition for this.â

Nominations are open to all publicly funded educational establishments in Suffolk. Anyone can make a nomination by visiting www.rtbawards.com and completing the nomination form by Tuesday 1 May 2018.