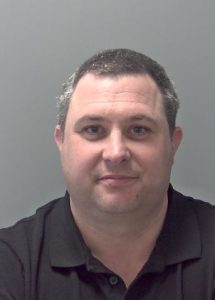 A 44-year-old man has been jailed for three years after being convicted of possession of a kilo of cocaine.

Paul Redhead of Oakfields, Monk Soham pleaded guilty to the charge of possession with intent to supply Class A drugs when he appeared before Ipswich Magistrates Court on 3 December 2019. Following this conviction Redhead was sentenced to three years imprisonment at Ipswich Crown Court on 2 January 2019.

Officers stopped Redheadâs vehicle on 23 March 2018 whilst it was travelling on the A11 at Red Lodge. A package containing one kilo of cocaine was found in the glove box of the car, being transported from Liverpool to Suffolk. It was estimated to have a value of approximately Â£100,000.

Redhead was arrested at the scene and subsequently charged with possession of a class A drug with intent to supply.

Speaking at the conclusion of the case, Detective Sergeant Mark Stratford from the Serious Organised Crime Directorate said,

“Redhead sought to earn, what he saw as an easy, additional income by involving himself in the transportation of a significant quantity of cocaine in to the Suffolk area. His arrest and subsequent prosecution clearly shows that the Countyâs road network are not a safe place for criminals to exploit for their own purposes.

“Drug couriers play an essential role in facilitating the wider network of illegal drug distribution. The sentence handed down today demonstrates that anyone involved in the supply of drugs will not be treated lightly by the courts and we will continue to work to ensure that Suffolk is a hostile place for this type of criminality.â