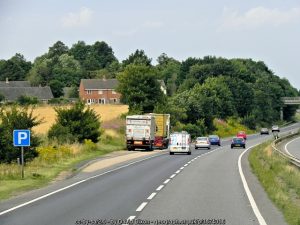 Police are appealing for witnesses â and in particular motorists with dash cams – following a high value theft from the back of a lorry on the A14 near Stowmarket last week.

The incident occurred between 3am and 3.30am on Tuesday 15 May in a layby on the westbound carriageway at Creeting St Peter.

The lorry driver was woken up at around 3.30am by a noise outside the lorry and when he went outside he was confronted by a male suspect. The driver then got back into the cab and drove off and once he had reached a safe distance away, stopped to call police.

It was then discovered that almost Â£200,000 worth of CCTV and security equipment had been stolen from the trailer.

Officers would like to hear from anyone who drove along this stretch of road between 3am and 3.30am who either witnessed any suspicious activity, or who has a dash cam that may have captured any footage that could be of use to detectives.

Anyone with information is asked to contact West CID at Bury St Edmunds Police Station on 101 quoting reference 26824/18, or the charity Crimestoppers anonymously on 0800 555 111. 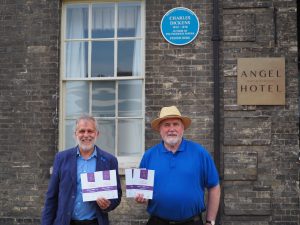