Multimillion Pound plans for a new supermarket have been withdrawn after planning officers recommended refusal due to plans having a “number of issues”.

Aldi had planned to build a new store in Moreton Hall at Suffolk Park. Plans were submitted earlier this year with “overwhelming” public support. The supermarket withdrew their application after West Suffolk Council recommended it’s refusal.

A spokes person from Aldi told RWSfm 103.3 that they will continue to search for a second site in the town. They said “Following the Councils decision not to support the Aldi proposals for a new foodstore at Suffolk Park, as this was seen as being contrary to planning policy, Aldi have regrettably decided to withdraw their planning application and are continuing its search for a suitable site for a second store in Bury St Edmunds, to alleviate the pressure on its Dettingen Way store and reduce the need to travel for those to the east of the town.

It (Aldi) would like to thank the local community for their support and patience.”

Bury St Edmunds Mayor Cllr Peter Thompson confirmed that the planning application for the land which Aldi had made has been withdrawn following issues with noise, insufficient parking, pedestrian and cycle access. He added that “it looks unlikely that this will go ahead”.

The plans had been submitted by Aldi and developer Jaynic, and would of brought up to 400 new jobs to the area. A public consultation had found 93% of local residents were in favour of building the discount store. The retail and commercial kiosks were set to include coffee shops, sandwich bars, and secretarial and administrative services. 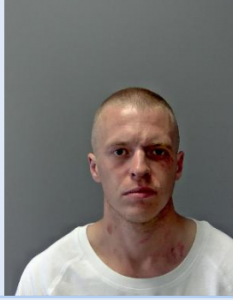