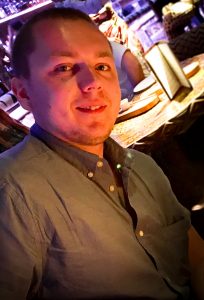 The family of a man who died in a road traffic collision in Long Melford last week have issued a tribute to him.

Officers were called at around 5.45am on Wednesday 22 November, to reports that a red Toyota Yaris had collided with a wall on the A1092 Westgate Street.

Maciej Antkowiak, aged 23 and from Ipswich, who was the front passenger in the car, was taken to Addenbrookeâs Hospital where he later sadly died.

Maciejâs family have asked us to issue the following tribute on their behalf:

“On Wednesday 22 November 2017 we suffered an unimaginable loss with the tragic passing of our dear brother, son, and friend, Maciej Antkowiak (known as Maciek).

“Maciek died as a result of injuries sustained in a car accident in Long Melford on his way to work.

“Maciek was born on 9 April 1994 in Torun, Poland, and moved to Ipswich with his parents at the age of 13. He attended St Alban’s Catholic High School and graduated from Suffolk New College in 2013 with a diploma in Vehicle Maintenance and Repair.

“Maciek enjoyed most spending time with his friends and family. He was a loving person who had a heart of gold and would go out of his way to help anyone in need. The world has lost an amazing soul, taken from this earth too soon. Maciek will be forever remembered by his parents, Wieslawa and Boguslaw, his three older sisters, Magdalena, Joanna and Gosia and his paternal grandparents Teresa and Jan, as well as several aunts, uncles, cousins, and a large group of his dear friends.

“The family is very grateful for all the compassion they have been shown and are truly thankful.â

Any witnesses, or anyone with information regarding the collision, should contact the Serious Collision Investigation Team on 101 quoting reference CAD 42 of 22 November.

A 26-year-old man from Ipswich was arrested on suspicion of drug driving and causing death by dangerous driving in connection with this collision. He was questioned at Bury St Edmunds Police Investigation Centre and released under investigation pending further enquiries.