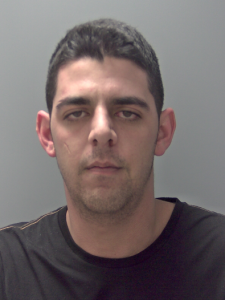 A motorist who seriously injured a woman following a collision near Barton Mills last December has been jailed.

Daniel Peters, 29 and of Marston Moor in Norwich, appeared before Ipswich Crown Court on Wednesday, 20 September, where he was sentenced to 28 monthsâ imprisonment and disqualified from driving for four years and one month.

He had pleaded guilty to the charges of causing serious injury by dangerous driving and driving whilst under the influence of drugs at a previous hearing in August.

Police had been called to the collision on the A1065 between Barton Mills and Eriswell, involving an Audi A4, Renault Megane and Ford Mondeo, at around 2:30pm on Friday 30 December 2016.

Witnesses to the collision confirmed Peters had been swerving and entering the opposite lane on more than one occasion. He was arrested at the scene after providing a positive drugs test. Further tests later confirmed he had taken a number of different drugs, including cocaine.

PC Byron Hearsum, Officer in the Case for the investigation, said: “This was a particularly nasty â and completely avoidable â collision. Mr Peters gambled with not only his life, but that of other motorists.

“I am pleased for the victims that we have managed to get a positive result and am grateful to the members of public who came forward with witness accounts and information that assisted with the charge of Mr Peters.â