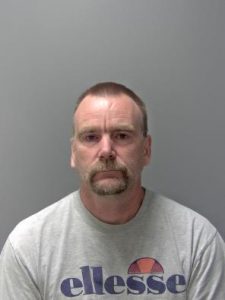 A Stanton man has been jailed for six years after pleading guilty to burglary and firearm offences in west Suffolk.

Mainwaring was arrested on Thursday 24 August and charged with seven offences, including five burglaries and two vehicle thefts in the areas of Ixworth, Stowlangtoft and Bury St Edmunds.

Between his arrest and todayâs sentencing, Mainwaring chose to work with officers from the Suffolk Police Operation Converter team and went on to admit a further 30 offences of burglary in Stanton, Ixworth, Bardwell, Great Barton, Norton and surrounding villages. He also had one additional vehicle theft taken into consideration.

Mainwaring was given a six year sentence; four and a half years for the burglaries and 18months for possession of a shotgun.

The crimes in question occurred between February 2015 and August 2017 and it is believed that the total value of items he stole exceeds Â£290,000, some of which has subsequently been recovered.

Detective Inspector Andrew Smethurst said: “Stephen Mainwaring is a prolific criminal who left a trail of misery for his victims over a period of 30 months.

“This sentence reflects the full gravity of the burglary offences, and is the culmination of months of hard work from a team of dedicated detectives and police officers, who do not give up on securing justice for the victims of break-ins â regardless of the passage of time since the offence.

“Burglary is a traumatic and distressing crime and I hope Mainwaringâs sentence provides some small comfort to his numerous victims.

“One offender can often be responsible for a number of crimes and the Operation Converter team work to encourage individuals to be honest with us so they can be sentenced for all offences, and then choose to move on when they are released.â

Operation Converter is an initiative aimed at encouraging offenders to admit their crimes. This has benefits for all â police are able to give victims some peace of mind that an offender has been caught for the burglary of their home or the theft of their property and the individual has the opportunity to clear their slate so they can have a fresh start when they are released from prison, without the possibility they will later be traced for a further crime. Offenders have to give sufficient detail for officers to be sure they have committed the crime and these offences are then âtaken into considerationâ at sentencing. The judge will look at all the offences before determining the sentence.