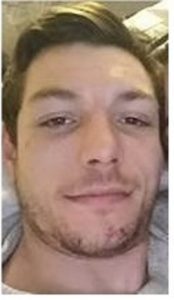 Police are appealing for help to trace a man missing from the Haverhill area.

Daniel Dale, aged 28, was reported as missing to officers on Sunday 25 March.

Daniel is described as white, 5 foot 11 inches tall, with brown eyes and is of medium build. He has short dark coloured hair. He also is known to have a stud in left eyebrow, a stud in his tongue and a one inch scar on his arm.

Officers are concerned for his welfare and enquiries are on-going to locate Daniel. Anyone who may have seen Daniel, knows of his whereabouts or has seen a man matching the description given should contact Suffolk police on 101.