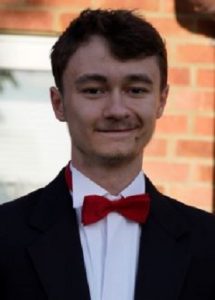 Police searching for missing 18-year-old Matthew Strasbaugh can confirm that the body of a man was discovered Saturday afternoon (17th November).

Officers, assisted by members of Suffolk Lowland Search and Rescue conducted a search of the area and a body of a man was later located within the base at RAF Lakenheath.

The man has now been formally identified and is confirmed to be missing person Matthew Strasbaugh, who was reported missing to police on Tuesday 13 November.

The death is being treated as unexplained at this time but detectives do not currently believe there are any suspicious circumstances and a file will now be prepared for the coroner.

Suffolk Police are appealing for help to trace a missing 18-year-old man from Lakenheath.

Matthew Strasbaugh was last seen on Tuesday 13 November around midday when he left his home on the RAF base at Lakenheath to go to the shop but did not return. He was reported missing to police later that day.

Officers are concerned for Matthewâs well-being and enquiries are continuing to locate him.

Anyone who has seen Matthew or who has any information regarding his whereabouts should contact Suffolk Police on 101.