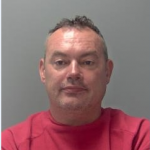 Police are appealing for help in tracing a missing 48 year-old male from Bury St Edmunds. Justin Taylor was last seen at approximately 0900hrs on the morning of 17/06/2019; it is unknown in which direction he left. Justin is described a white male, 5â 8â tall medium/large build; he is described as having dark brown cropped hair and stubble. Justin was last seen wearing a light coloured patterned top, shorts and trainers. Justin Taylor lives in Bury St Edmunds. Officers are extremely concerned for his welfare and are asking anyone who has seen Justin Taylor or who has any information on where he may be to contact Suffolk Police on 101 quoting CAD 174.