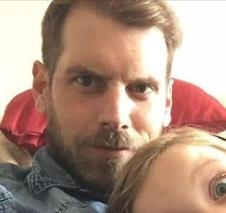 A man who went missing from Red Lodge has been found.

Scott Courtney-Wines from was reported missing to police on Wednesday 22 November.

He was found in the safe and well on Friday 24 November.

We would like to thank the public and the media for their assistance with this appeal.

Police are appealing for help in tracing a missing 38-year-old man from Red Lodge.

Scott Wines was last seen at his home address in Warren Road, Red Lodge at around 10:00pm on Wednesday 22nd November and has not been seen since.

Scott is described as white, slim build with âskinheadâ style hair and stubble.Â  Scott usually wears a hat or a hoody with the hood up. Itâs believed he left the house on foot.Â

Officers are concerned for his welfare and are asking anyone who has seen Scott or who has any information on where he may be to contact Suffolk Police on 101 quoting cad SC-23112017-164.