A teenager who went missing on Friday evening has been found.

14-year-old Brook Lucas from Mildenhall was last seen when he left his home at 8 o’clock on Friday night. Police have confirmed that Brook has returned home safe and sound and thank the public for their assistance in this matter.

Police are appealing for help in tracing a missing 14 year-old male from Mildenhall.

Brook Lucas was last seen at his home address in Mildenhall at approx. 8pm Friday 23rd November 2018. He left the house and has not returned.

Brook is described a male, white, 5â 3â, slim build; he has short dark brown bushy hair. It is thought Brook will be wearing a black parka coat and black trainers.

Officers are concerned for the welfare of Brook and are asking anyone who has seen him or who has any information on where he may be, to contact Suffolk Police on 101 quoting CAD 420 of the 23rd November 2018. 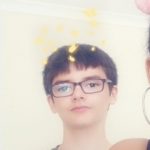