Police are appealing for help to trace a 31-year-old man from Bury St Edmunds who is wanted for failing to appear at court.Steven Perrio was last seen in Bury St Edmunds in Runnymede Green at around 1.30pm today, Sunday 2 May, and was also spotted near to Westgate Street, Cullum Road and the West Suffolk Hospital site in Hardwick Lane.

He is described as white, approximately 5ft 11ins tall, with dark cropped hair and marks on his forehead. He was wearing a black jumper, black jogging bottoms and black trainers. 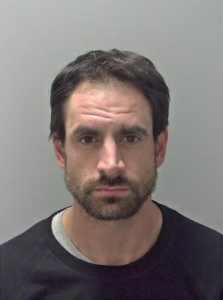 Members of the public are asked not to approach him but anyone who believes they have seen Perrio, or who has any information regarding his whereabouts, is asked to contact Suffolk police by calling 999.
Bury St Edmunds
6°
clear sky
humidity: 96%
H 19 • L 6
18°
Thu
14°
Fri
17°
Sat
16°
Sun
15°
Mon
Weather from OpenWeatherMap