Children from Howard Community Academy in Bury St. Edmunds have come up with the names of the roads on a new housing development, Lyle Place. 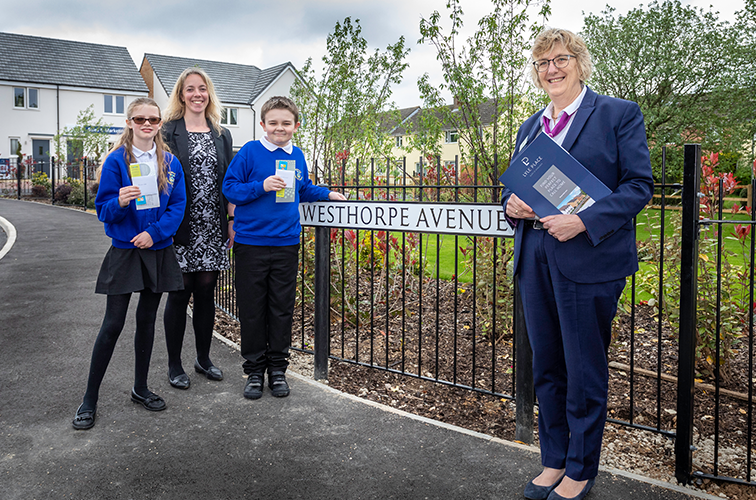 As part of the Keepmoat Homes’ ongoing commitment to the local community, pupils from the school were invited to suggest street names for the new development’s roads, which when completed, will comprise of 79 new homes.

The local history of the area has been recognised by the naming of four roads at the new housing development and to acknowledge the school’s former site, along with Howard Park which is adjacent to the development, Howard Road, submitted by Aly (aged 11) was chosen as one of the new street names. 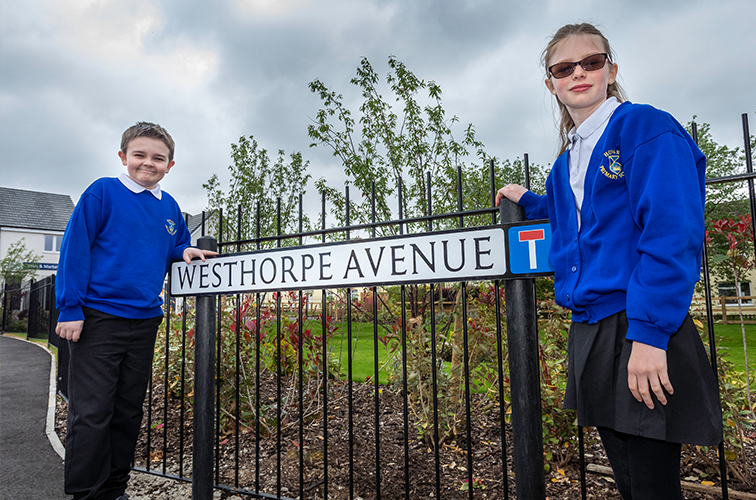 In honour of Mary Tudor, sister of Henry VIII, who’s final resting place is at Bury St Edmunds, Westhorpe Avenue was put forward by Mackenzie (aged 11), which pays homage to Westhorpe Hall, the residence of Mary Tudor and the Duke of Suffolk, Charles Brandon.

All the street names are now present at the development, and the pupils of the winning road names each received £40 national book token as appreciation for their suggestions.

Mick O’Farrell, Regional Managing Director at Keepmoat Homes, said: “We’re delighted to have worked with Howard Community Academy to name the new roads at Lyle Place. The children came up with some exciting new road names which recognises the important history of the area.

“The site is located on the former Howard Community Primary School and it’s important to us to get the community involved in the redevelopment of their local area. The street naming was a perfect example of how we not only look to the future by bringing much-needed new homes to the area, but also harness the rich history in the area.”

In partnership with The Newbury Community Association (NCA), Suffolk Council and St Edmundsbury Borough Council, Lyle Place will comprise of 56 properties for the open market along with 23 homes which will be available as affordable housing via Havebury Housing. 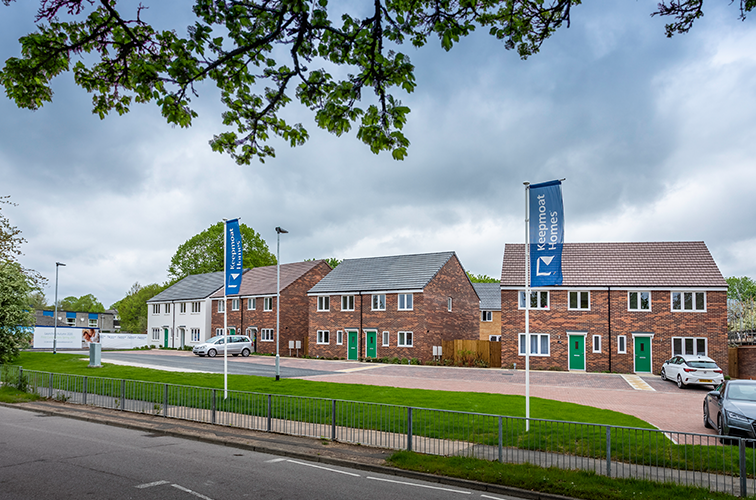 This is the homebuilder’s first development in Bury St. Edmunds and the company will deliver a mix of two- three- and four-bedroom homes, with a range of house types and styles to suit a diverse market. The development will also include a number of amenities for both new and existing residents including a brand-new community centre, a large parkland area and additional outdoor spaces.

Work on the development is due to take two years, with the last home completion due Autumn 2022.