I was given the opportunity to be a judge on this years Suffolk’s Got Talent contest held at Stoneham Barns on the 22nd of June, boy have we got some talent in this county.

The AMP Theatre, tucked away on the site of Stonham Barns at Stonham Aspal is one of Suffolk’s hidden secrets. It reminds me of Ronnie Scott’s in London with its intimacy and ability to capture the atmosphere.

The auditions were held earlier in the month with last nights final hosting 8 acts that made it through. Â The contest included a duo on vocals and keyboard and a violinist that played along to the Bee Gee’s classic Tragedy and a young lady that sang the Judy Garland part from Wizzard of Oz, Somewhere Over The Rainbow joined right on cue on the stage by her Lhasa Apso.

We were also treated to a set from last years winner Josh Johnson who gave quite frankly, a perfect medley from musical Jersey Boys. This young man was a true delight to listen to and during the interval I got to talk to him about how his confidence has grown in the last 12 months and how much he is enjoying performing his act on stage.

The highlight I have to confess, is the dynamic duo of Robbie James and Alex Morely who clearly put there heart and soul in to this production, although I suspect that of anything they do. Their slapstick comedy, seems to come naturally to the pair who clearly enjoy working together. The magic that they perform and I do mean “magic” is done effortlessly and sets the stage, literally for a fantastic evening.

I was joined on the judging panel by box office manager Janice Rowles who had just completed the East of England Open Swim that day, the lovely Keisha Ablitt who has her own dance studio in Stowmarket and dancer Chrissy David who has more stories to tell than Jackanory!

Thank you AMP Theatres – I was blessed to be part of your contest this year and I hope to be back there again very soon.

For more information about what is on at the AMP Theatre and at Stoneham Barns, visit their website www.stonhambarns.co.uk 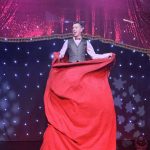 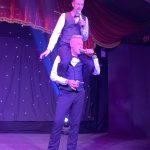 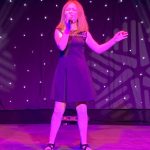 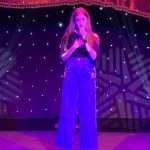 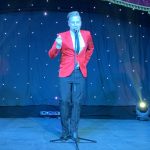 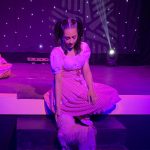 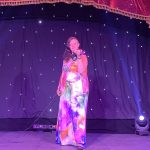 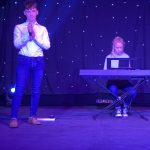 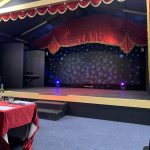 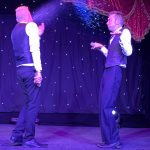 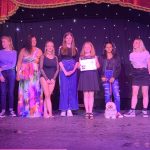