A missing 15-year-old teenage boy from Bury St Edmunds has been located.

Reece Roberts was last spoken to at around 12.40pm on Monday 15 February but he was found at 9pm yesterday, Wednesday 17 February in the town.

Police would like to thank the media and the public for their help with this matter.

Police are appealing for help to trace a missing 15-year-old teenage boy from Bury St Edmunds.
Reece Roberts was last seen at around 6.20am on Monday 15 February at his home address in the town and was last spoken to at around 12.40pm during the same day. 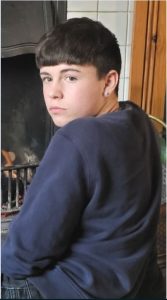 He is described as white, 5ft 8ins tall, of slim build and with short, dark brown hair. He also has his left ear pieced.
It is believed Reece may be wearing a dark green coat, black tracksuit bottoms or jeans and black trainers. He may also be riding a black BMX bicycle.
Officers are concerned for Reece’s welfare and are asking anyone who believes they have seen him, or who has any information regarding his whereabouts, to contact Suffolk police on 101.