Skip to content
Police are issuing images of four men they would like to trace after two burglaries in Bury St Edmunds last week, during one of which the offenders purported to be police officers.
The first incident occurred at around 1.10pm on Thursday 11 March, at an address in Mill Road South.
Two men entered the property via the front door and were then discovered in the living room by the victim. When she challenged them, they claimed to be police officers investigating reports of suspicious persons in the garden.
The victim asked them for identification which they failed to produce and at this point their behaviour became more threatening. One of the offenders was brandishing a screwdriver and told the victim to be quiet, before they then left the address.
The police were called immediately afterwards and officers searched the local area, assisted by the police dog unit, but the suspects were not located. The victim later found the men had been in the bedroom and stolen a quantity of jewellery and cash. 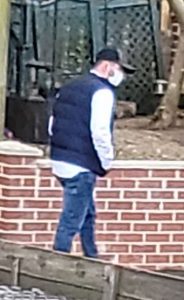 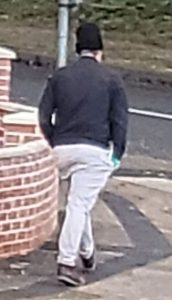 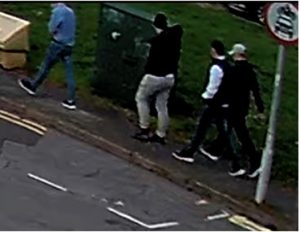 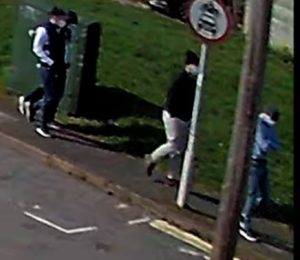 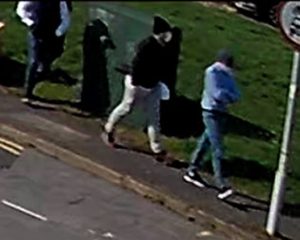 At total of four males were seen in the vicinity of this incident, with the two who were inside the property both described as being aged in their 20s or early 30s, of slight build and under 6ft tall. Further descriptions as follows:

–        Suspect one – wearing a dark woolly hat, pale blue shirt and jeans. He also had on gardening gloves with orange palms and a surgical facemask. He was carrying a long screwdriver with a red handle

Detectives are linking this crime with another burglary which also took place last Thursday around 20 minutes prior to this incident, at just before 12.50pm at a house in Mayfield Road.

The lock on the back gate was broken and entry was gained to the property via the back door whilst the victim was sleeping upstairs, but upon waking up heard noises in the spare room and so called out, at which point the suspects then left. It is not believed anything was stolen.

Two suspects were seen at this property, but there is only a description of one as follows: white, aged in his 20s, not very tall and wearing a black baseball cap.

Officers are issuing images of four men they would like to speak to in connection with these crimes, which can be viewed in the gallery below.

Anyone who believes they recognise these individuals, or who has any information regarding these incidents, is asked to contact West CID at Bury St Edmunds Police Station, quoting reference: 12033/21.