A 47-year-old drug-driver has been jailed after she led police on an almost eight-mile pursuit between Mildenhall and Lakenheath last summer.

Claire Waterman, of Aspal Hall Road, Beck Row, appeared before Ipswich Crown Court on Tuesday 1 June where she was sentenced to 10 months’ imprisonment. She was also disqualified from driving for four years, with a five-month extension, and will be required to take an extended re-test.

Waterman had previously pleaded guilty to the following five charges before magistrates on 24 December: 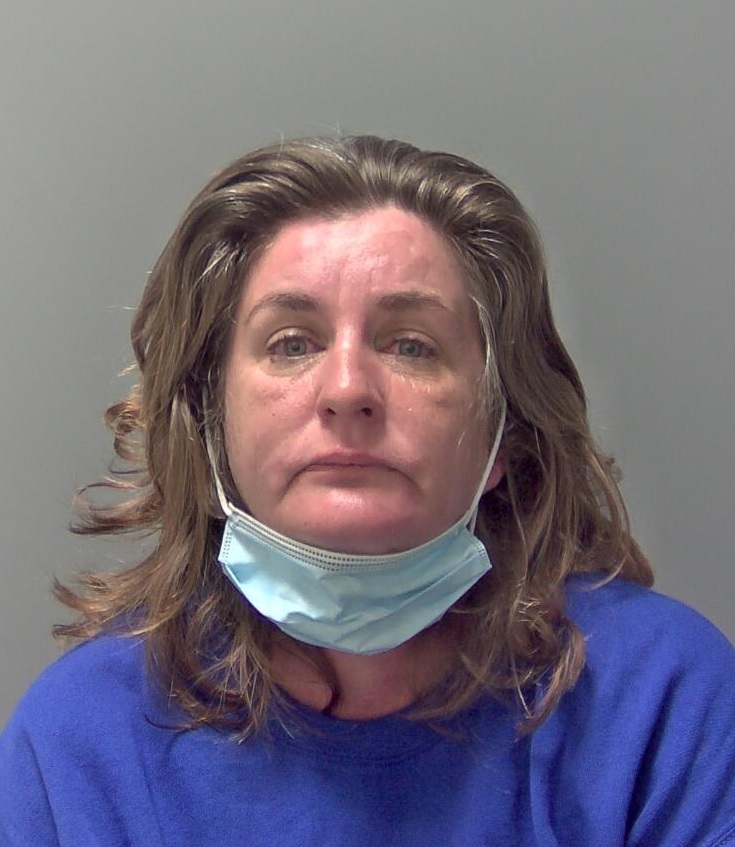 The offences relate to an incident which occurred on Sunday 25 July 2020. At approximately 8.25pm officers from the Roads and Armed Policing Team (RAPT) on patrol in Mildenhall, had their attention drawn to a Volkswagen Golf in front of them which was being driven at 50mph in a 30mph zone.

A check of the car then showed that it did not have a current MOT or an insurance policy in place and so the officers illuminated the blue lights of their police vehicle in Brandon Road to request the driver to stop.

The Golf turned left into Hornbeam Road where it came to a stop as if to comply with the request to pull over. One of the officers then exited the police vehicle to speak to the driver, who at this point then made off at speed towards College Heath Road.

An 11-minute pursuit then followed, initially along the A1101, into Holywell Row and then Undley Road, ending on an unmade and single-track section of Broom Road in Lakenheath, which was a dead-end road.

Here the Golf eventually came to a stop after going up the verge and into a hedge and Claire Waterman was found to be the driver. Upon being arrested, officers searched her purse and found a bag of white powder inside it which was later found to be cocaine.

During the course of the pursuit, Waterman drove on the wrong side of the road towards oncoming traffic, went the wrong way around a roundabout, weaved between other vehicles and straddled the middle of the road to stop the police car getting alongside.

Due to the speed she was driving at, Waterman struck a kerb, caused a dog walker to get up onto a grass verge and at one point on Undley Road, she hit a bump in the road so hard that all four wheels of the Golf left the road.

PC George Laflin, who was one of the RAPT officers in the pursuing vehicle, said: “Claire Waterman’s actions were extremely reckless and showed complete disregard for the safety of other road users and pedestrians and it was fortunate that no one was harmed during the incident.

“Not only was she speeding and performing dangerous manoeuvres, she was driving under the influence of drugs which meant her ability to control the vehicle was greatly diminished.

“I am very pleased with the sentence handed down by the court, which sends out a strong message to people who would break the law in this way that it will not be tolerated.

“I suspect that Waterman made-off from us as she knew she was over the drug-drive limit, but all she achieved in the process was to commit a more serious offence and put peoples’ lives at greater risk. We will continue to remove reckless drivers from our roads and make them safe places for all users.”